It is a fairly common bone disorder: it is the most common bone disease after osteoporosis. It can affect more than one member of the same family. In general, its clinical presentation occurs after the age of 50. It is of unknown etiology.

Acceleration of bone turnover is characteristic. The process begins with an increase in osteoclast-mediated resorption, followed by compensatory increases in formation. As the disease progresses, the lamellar bone, whether compact or trabecular, is being replaced by a bone of disorganized architecture, with the disappearance of the Haversian systems. The juxtaposition of normal and abnormal areas gives the classic microscopic appearance of a mosaic. Cellularity is increased: active bone surfaces are covered with osteoblasts or osteoclasts. These are not only more numerous but larger and with a greater number of nuclei than usual. The periosteocitic lacunae are remarkably large.

Blood flow increases to meet the requirements of metabolically active bones, and cardiac output also increases. Mineral turnover is high, but since resorption and formation rates are generally balanced, the body's calcium balance is not altered. During prolonged periods of immobilization, resorption exceeds formation, and hypercalcemia tends to occur, with inhibition of parathyroid hormone, hypercalciuria, and negative calcium balance.

Due to the greater number of active osteoblasts, serum alkaline phosphatase and osteocalcin levels rise. Urinary hydroxyproline increases: this amino acid is a normal component of the bone matrix; as it degrades during the resorption phase, it is released and is not reused for the formation of a new matrix. The same is true for other markers of bone resorption, such as pyridinium bonds and the carboxyl-terminal and amino-terminal telopeptides of type I procollagen.

Bones can crack or suffer complete fractures. The affected vertebrae can collapse. Due to involvement of the temporal bone or the ossicles of the middle ear, there is usually deafness (30-40% of patients with cranial involvement), tinnitus and vertigo.

If there is a deformity of the skull base (platybasia), serious neurological disorders can occur. Possible symptoms include dysphagia, slurred speech, diplopia, urinary incontinence, and difficulty walking. Due to vertebral collapse, there may be compression of the spinal cord.

The increased work of the heart can lead to frank heart failure.

The laboratory reveals normocalcemia and normophosphatemia (hypercalcemia is usually present in immobilized patients). Serum alkaline phosphatase is increased and is generally related to elevated hydroxyprolinuria (in normal adults who do not include gelatin in their usual diet, urinary hydroxyproline usually does not exceed 40-50 mg / day).

Genetic studies have not been able to find a specific alteration that explains the familial aggregation of several cases of this disease. Nor has it been possible to explain its geographic aggregation, with regions that have a high incidence, and others in which Paget's disease is rare. In Argentina, the Federal Capital and its surroundings show the highest prevalence, especially in descendants of European immigrants.

Infection of osteoclasts (or their precursor cells) with paramyxovirus has been postulated to alter normal osteoclastic function at some point in life. However, the theory of a chronic viral infection as the origin of Paget's disease is controversial.

Most patients with Paget's disease are asymptomatic. Many cases are diagnosed by chance by performing radiological studies for causes unrelated to the skeleton, or by performing a series of clinical tests that include a determination of alkaline phosphatasemia.

Pain is the main symptom and its character is variable: throbbing, dull, cutting or burning. The joints can be compromised, with pain and limited mobility (a serious complication is osteoarthritis of the hip).

The deformities are more evident in the cranial calvaria, whose thickness and circumference increase, and in the long bones: the femurs and tibiae bend outward and forward. There may be kyphosis from spinal injuries.

The temperature of the skin covering diseased bones rises. Superficial temporal arteries in patients with cranial involvement are prominent, due to increased blood flow through the external carotid and its branches. Localized murmurs are rare.

The finding of this disease should be followed by a complete clinical evaluation of the patient. 99m Tc bone scintigraphy allows the extent of bone involvement (monostotic, oligostotic, or polyostotic disease) to be established and then detailed radiography of the affected bones (see Fig. 80-1).

Radiographic changes are pathognomonic and often lead to diagnosis. Fig. 80-2 shows a humerus; Fig. 80-3 a vertebra, Fig. 80-4 a pelvis, and Fig. 80-5 a skull affected by Paget's disease; Fig. 80-6 is the tomographic study of the same skull.

A good cardiovascular examination should be done. Biochemical markers (serum alkaline phosphatase and urinary hydroxyproline) will indicate the current degree of activity of the process and will allow an initial point of comparison to evaluate the effectiveness of the instituted treatment. 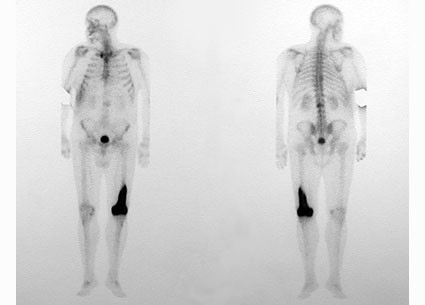 Fig. 80-1. Whole body bone scintigraphy (the left portion of the figure is the anterior view of the skeleton, and the right portion is the posterior view). Tracer accumulation is observed at the distal end of the left femur.

Fig. 80-2. X-ray of a humerus affected by Paget's disease; shows alterations in the distal end, with cortical thinning, and alternating areas of lucidity and sclerosis. 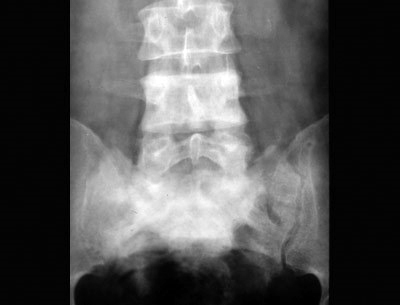 Fig. 80-3. The 4th lumbar vertebra is radiodense. Sometimes the pagetic vertebrae are larger than neighboring unaffected ones, which helps in the differential diagnosis of osteocondensing vertebral injuries. 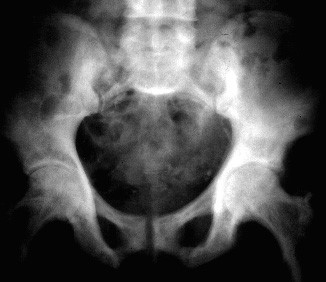 Fig. 80-4. The pelvic plate shows densification of the iliac bones, especially the left one. 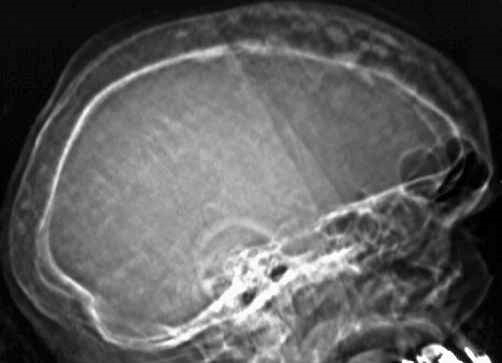 Fig. 80-5. Profile view of a pagetic skull: note the thickness of the shell and the densification of the internal table. 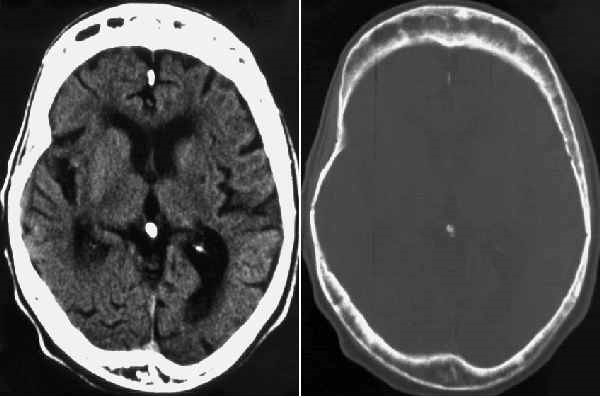